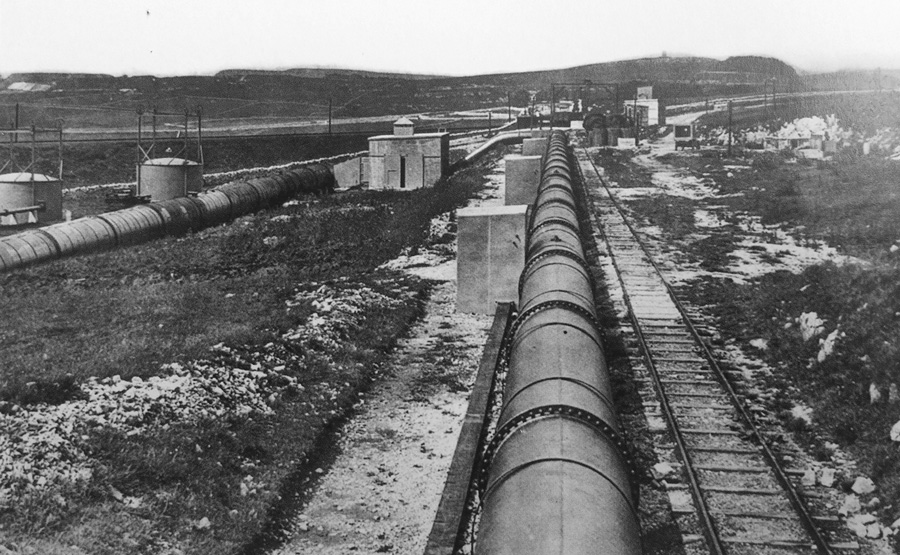 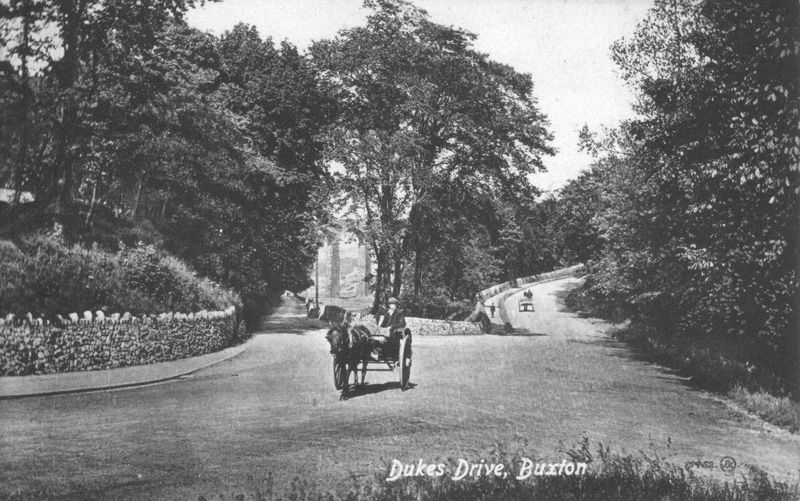 The road to the right takes one past the village school on the right and some older cottages on the left before leading to a substantial dip in the road. Just before the main dip, a private road leads off to the left, marked by display signs for Harpur Hill Business Park and the Health and Safety Laboratory. This road leads to an area originally known as The Frith, which is the location of the strange happenings, to be described in this book. From 1916 to 1918, it housed The Frith Artillery Range; from 1926 to the present day, it housed the Experimental Station of the Safety in Mines Research Board which, after numerous organisational changes, led to the Health and Safety Laboratory; from 1938 to 1969, it housed RAF Maintenance Unit 28, an extensive bomb store. Together, they represent an unusual and often noisy combination of three government facilities, constructed in response to wartime threats (in two cases) and to the dangerous conditions in coal mining in the other.

Continuing along the Grin Low Road, past the appropriately named Brook Bottom Farm at the bottom of the dip and up the other side, the road passes along the southern edge of Grin Low, the prominent tree covered hill to the south of Buxton, with the tower of Solomon's Temple at its summit, visible from many parts of the town. Grin Low Road forms a junction with the Leek to Buxton road at Ladmanlow and here a right turn leads back to central Buxton.

A more energetic and more rewarding way to understand Harpur Hill and its relationship to the surrounding countryside is to walk from the Poole's Cavern car park, on Green Lane in Buxton, through Grin Low woods to Solomon's Temple. From the top of the tower, there is a panoramic view that has been well described in an article in the Buxton Civic Association Newsletter.

For present purposes, the key aspects of the view are as follows:
Standing on top of the tower and looking to the south, the large modern structure is the main building of the Health and Safety Laboratory, opened in 2005. To the left, there is an array of smaller buildings of various types, forming the Harpur Hill Business Park. Further to the left are the remains of the former Harpur Hill quarry, with the old quarry faces carved into the hill that dominates the skyline at that point. The older part of Harpur Hill village and the Parks Inn lie at a lower level and further to the left there is a block of 1950s houses ,built to accommodate RAF staff based at Maintenance Unit 28. Beyond there, Burlow Road runs down to join the Buxton to Ashbourne road at Brierlow Bar about 2 milles south of the Harpur Hill Road turnoff referred to above.

Beyond the laboratory building there is an extensive stretch of open country on the limestone plateau of the White Peak. The jagged silhouette of Thirkelow Rocks make a striking feature in this direction. In the foreground, the narrow dip in Grin Low road at Brok Bottom can be seen to branch out into a widening set of small limestone dales marked by small isolated farmsteads named Dale End, Countess Cliff and Turncliff.

Further to the right, the skyline is dominated by the bulk of Axe Edge which, with its summit at 550 m , is the highest point in this locality. Axe Edge is a high point on a north/south ridge running down towards the Roaches and here the rock strata consist of gritstones and shales, characteristic of the Dark Peak. There are two relatively small coal seams in the land to the west of the Axe Edge summit, dipping down in a westerly direction. The Buxton to Leek road can be seen running along the lower slopes of Axe Edge and the important boundary between the rocks of the White Peak and those of the Dark Peak is a short distance down from the road. The smaller lower hill to the right of the Axe Edge summit is called The Terret.

The ridge of Grin Low runs from Solomon's Temple westwards almost as far as The Terret and the Buxton to Leek road and the Cromford and High Peak Railway each squeezed through the gap between Grin Low and The Terret. Grin Low quarry was located at the western end of the ridge and its outline can be seen from the tower. At one time, a sea of coal would have been visible from the tower as the disused quarry was filled with a national reserve stock of coal in the 1950s, said to be a million tons in total and visible above the quarry rim. This coal was removed and the quarry was landscaped and converted to a caravan park in the 1970s. Prior to the development of the main Grin quarry, there were numerous small quarries and lime kilns used along Grin Low, the remains of which can still be seen.

This view from Solomon's Temple provides the landscape context for the events at Harpur Hill.