A first glance inside the Crescent

I was very excited to be given the chance to see inside the Crescent for the first time, so immediately returned the form which had come with the
BCA December newsletter. I was happy to get a place on the tour.

There was a full contingent from the BCA, together with a group from the University of Derby, making a rather large group or around 45 for the tour. Nevertheless, our hosts (Richard Tuffrey and Liz McKenzie) coped admirably with the larger than anticipated group and off we went.

Their enthusiasm for the project and confidence in the works was to be admired. The Crescent was fully closed in 1992 and is now on-track to re-open in 2018. Our tour notes explained that the underpinning management structure for the development is “partnership” between the interested parties who include: High Peak Borough Council, Derbyshire County Council, Danubius Hotels Group, Trevor Osborne Property Group, Heritage Lottery Fund, Historic England and The University of Derby.

From the introductory talk, it was made very clear that this partnership recognises the great importance of involving the local community: it is a project for Buxton.

To emphasise this, Liz talked enthusiastically about the links the project will have with schools and community groups, providing tours which give children and adults a profound insight to the history of Buxton as well as that of the Crescent.

The area to the front of the Crescent is to be enhanced. Further development of the rear of the Crescent involves an indoor / outdoor spa water pool. We were advised that a huge amount of invisible preparatory work has already taken place underground, necessary to ensure the security of the spa water supply.

The Pump Room work is well under way and the main Crescent contract is due to start in Spring 2016. The Buxton Crescent and Thermal Spa is scheduled to open in 2018; it would be the leading Spa Hotel in the UK.

By this time, there were questions from the group which reflected a level of scepticism. However, we were advised that this is a high status project comprising a £46 million investment, making it one of the largest heritage construction contracts in the East Midlands and contributing to the Buxton’s £83 million heritage regeneration programme. The University of Derby and Danubius have an agreement that the Crescent project will support the UK’s only B.A. (Hons) degree in International Spa Management.

The final part of the answer addressed employment, as the Crescent project will created over 140 full time jobs directly and over 300 indirect full time jobs. While this response could have been discussed for some time, we then began the tour of the Crescent.

It was clear from the start that the interior has stood empty and unheated for some years: faded beauty. However, the roof appeared sound and there was not a smell of damp or rot. It appeared that some activity had been going on, but the day we visited was very quiet. As we were carefully guided through the various areas, Richard and Liz pointed out interesting features and were able to paint a picture of how it would look when complete.

With various pools and sympathetic restoration of the former grand vision, it became quite exciting to think of how it could look. Offerings will include plunge pools, mud and spa treatments which will be familiar to many who have travelled in Europe. We were amused to hear that local peat (under licence) will also be used. The importance of having a town on your doorstep when you want to have a break from the hotel should not be underestimated by local businesses.

However, for me, the highlight was when we arrived at the Function Room. With its ornate ceiling and décor dating back to 1789, this would be the star of the crescent and will remain a function room for both hotel and community. It will be available to be booked by the public for a minimum of 60 days a year set aside for private functions. Some discussion between the developers and The Duke of Devonshire is currently taking place to establish a working protocol for this.

In conclusion it is clear that we are at the start of a new era. The tour confirmed that there are huge plans and sums of money involved, together with a driving determination to make this regeneration project a success. However, my clearest memory is of the faith and confidence demonstrated by Richard and Liz, both of whom are resolute in their faith that the Crescent will live again and be a source of pride for the people of Buxton and the High Peak.

The introduction and tour lasted 90 minutes

Photographs below courtesy of Andrew Banks and Diane White 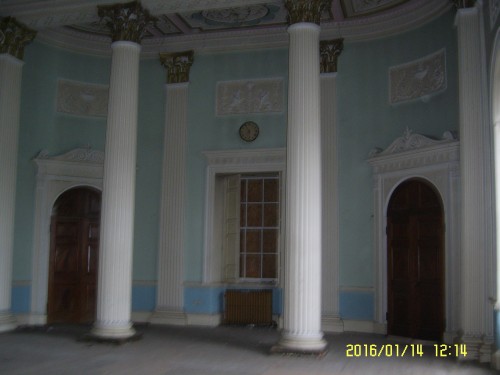 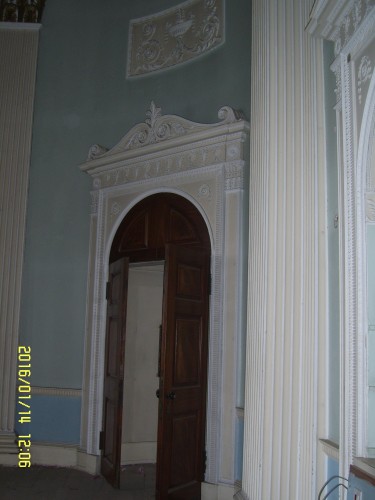 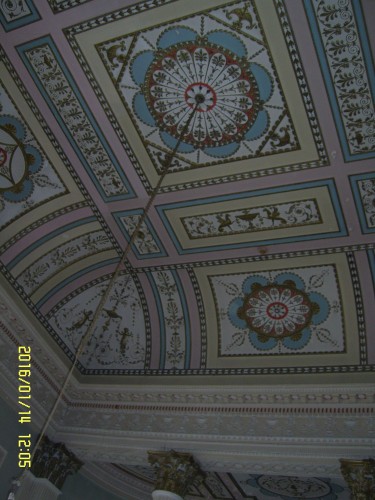 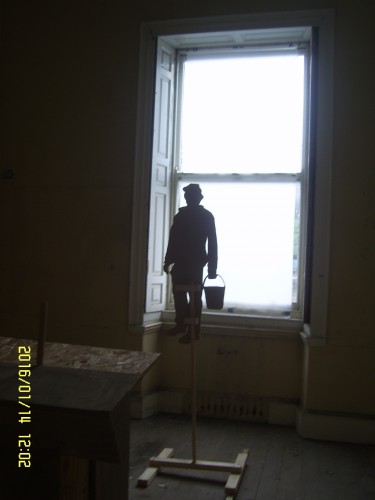 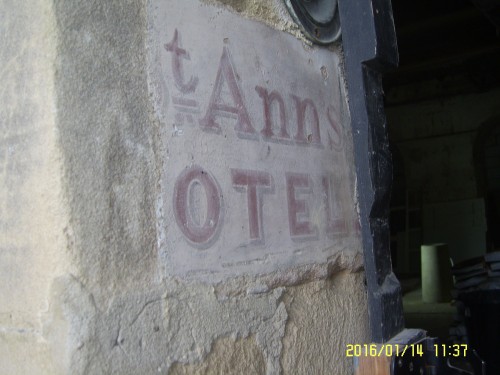 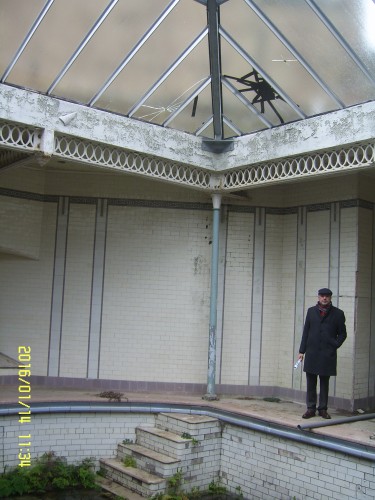