Buxton Civic Association (BCA) is a registered charity established to preserve Buxton’s natural and formal landscape. The Association has a large active membership from the local community. BCA is commenting on the planning application for outline planning permission for land adjacent to White Knowle Road HPK 2019/0088.

1. The development proposed would be detrimental to the character and appearance of London Road and the visual qualities of the adjoining open countryside to the detriment of the visual characteristics of the wider landscape and contrary to Policies OC1 and GD4 of the High Peak Saved Local Plan 2008; Policy EQ5 of the High Peak Local Plan (Submission Version) 2014; and Para 17 and Section 11 of the National Planning Policy Framework.

2. The layout and form of the development proposed, including plot ratios and footprint of the dwellings is out of character with the neighbouring properties and does not contribute to local distinctiveness. This results in an incongruous form of development which will be detrimental to the visual qualities of the locality and views from the wider countryside to the south and west. The development is thus contrary to Policies OC4, GD4 and H11 of the High Peak Saved Local Plan 2008 and Policies EQ2 and EQ5 of the High Peak Local Plan (Submission Version) 2014 as well as Section 7 of the National Planning Policy Framework.

The Planning Inspector dismissed the appeal for the application made in 2015 (HPK 2015/0260). In summary the Planning Inspector stated that the proposed development harmed the street scene of London Road and the character and appearance of the countryside significantly outweighing any benefits of the scheme.

BCA objects to this application taking into account the decision of HPBC in relation to the previous refusal and the decision of the Planning Inspector for the following reasons:

1. The outline planning application harms the street scene of London Road. It also significantly damages the character and appearance of the countryside. This outweighs any potential benefits the scheme may make.
2. The proposal does not comply with the policies of the High Peak Local Plan and the National Planning Policy Framework as stated in the refusal/determination by HPBC and Planning Inspector on the previous application.
3. A number of residents on White Knowle Road object to this application and have submitted their detailed objections. It is noted that the proposed development is fundamentally at odds with the existing character of the area. The outline proposal relates poorly to the distinctive residences along White Knowle Road and does not conform to the Local Plan which HPBC has adopted.

Our Summer Newsletter is now available online by clicking on the link below.

The theme for the next Newsletter is Water and we aim to publish it in February 2020.

If you want to contribute to it then please get in touch with Alyson Phillips at newsletter@buxtoncivicassociation.org.uk

We hope you enjoy our Summer edition. 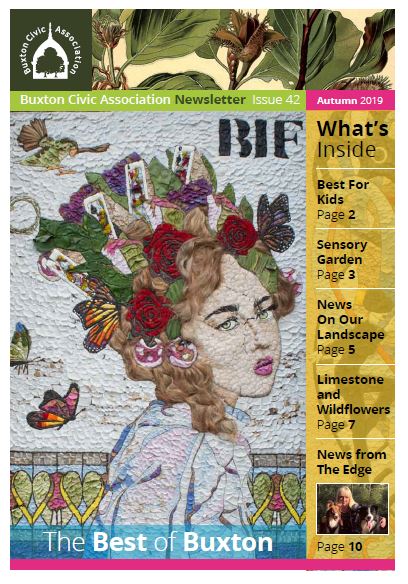 Buxton Civic Association (BCA) is a registered charity established to preserve Buxton’s natural and formal landscape. The Association has a large active membership from the local community.

BCA is commenting on the planning application for the installation of a water pipeline from Rockhead Spring to the Nestle Plant, Buxton, HPK 2019/0097. It is understood that a trench 600mm wide and 1200mm deep will be excavated to install two 65mm stainless steel pipes and two 150mm ducts for power and data lines.

BCA notes that there is a current licence in place for water abstraction from Rockhead Spring. The licence, which is valid until 2030, allows for up to 175,000 m3 per year to be abstracted in accordance with the requirements of the abstraction license issued by the Environment Agency.

Bowland Ecology Ltd has undertaken an arboriculture and ecological appraisal, along the line of the route from the spring to the plant. This has involved an evaluation and assessment of the route identifying potential areas of impact and mitigation measures to be adopted. At this stage it is not known whether the assessment meets the requirements of Natural England.

The majority of the route follows existing paths/tracks, verges and semi-improved grassland. However the pipeline route passes through 125m section of the Peak Dales SAC following the route of a footpath that may also be an old vehicular route with a field gate. The woodland, Pigtor Wood, is a designated SSSI and forms part of the SAC. It is noted that a section also passes through a small section of Cunning Dale South LWS and two HPIs.

BCA has visited the site, reviewed the geology of the proposed route (this summary report can be provided on request) and considered some potential aspects relating the pipeline.

BCA has the following comments to make:

1. None of the documents supporting the planning application state whether any alternative, less environmentally sensitive routes have been considered for the pipeline;
2. Natural England and Derbyshire Wildlife Trust are both consultees to the planning application. BCA will rely on the statutory consultees to comment on the ecological aspects of the proposed route and whether planning permission should be granted and any mitigation measures to be adopted;
3. Method Statement – a detailed method statement for any ecologically sensitive areas and for protecting small mammals from becoming trapped in the trench should be prepared prior to any works commencing;
4. Japanese Knotweed/invasive species – to minimise any potential issues arising from the presence of such species it would be appropriate for the landowner or contractor to identify, treat and destroy prior to works commencing to minimise the potential for spread following construction works;
5. A qualified ecologist and wildlife expert (e.g. badgers) should be present on site during any works being undertaken in areas designated as being environmentally sensitive to oversee and ensure any ecological/wildlife impacts are minimised;
6. No excess excavation materials from trenching should be disposed of on site in any designated sensitive areas and in accordance with the requirements of Natural England;
7. Consideration should be given to establish depth to bedrock and whether it will be possible to construct a trench along the line of the path in Pigtor Wood and other areas given the shallow soils with bedrock. Where the pipeline installation occurs in areas of no exposure, it would be helpful to sample the rock (including orientation data) at intervals to confirm the geological mapping of the area. Samples might be sent to the British Geological Survey;
8. At the top of Ashwood Dale, the line of the pipeline follows a path to the A6. On the east side of the path there are outcrops of the Woo Dale Limestone and at the lower part of the path the Woo Dale Dolomite. One outcrop shows a clear contact between massive bedded (dolomitic?) limestone and a finely bedded calcilutite, typical of the Woo Dale Limestone Formation. This contact and its structural information should be preserved. 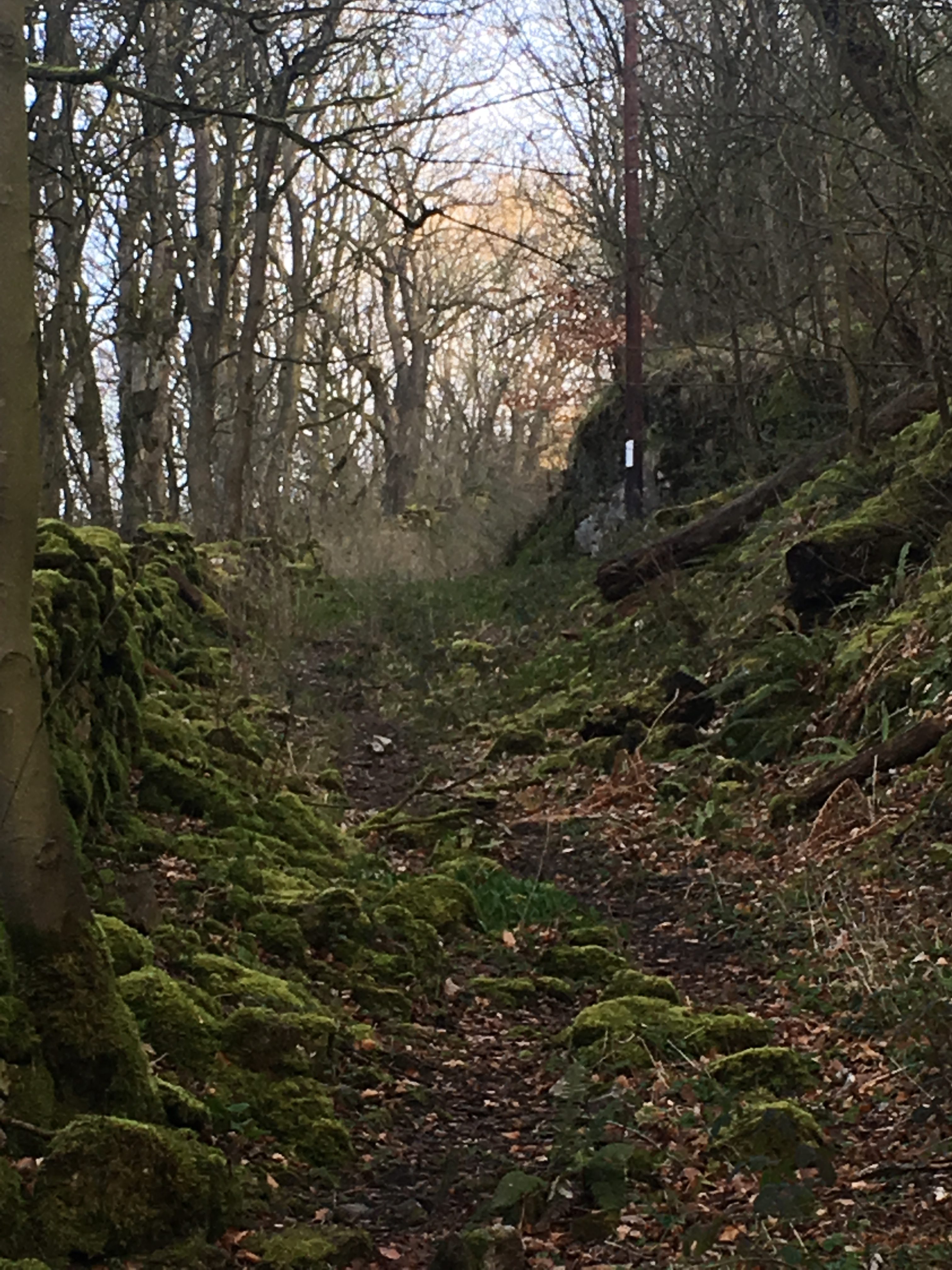 The rock is the Eyam Limestone, of the Late Brigantian sub-stage (CX)(P2) of the Visean, Mississippinian stage of the Carboniferous. It is a dark grey limestone with distinctive chert bands (BGS Lexicon, 2019).

The coral is Siphonodendron junceum (Aretz and Nudds, 2005) – Order: Rugosa; Family: Lithostrotionidae. It is a reef build up, colonial rugose coral. This coral is displayed in transverse and cross sections of large (40cm) colonial masses (Fig. 2).

The importance of the site is that it is an excellent example of a colonial coral, easily seen over a long stretch of outcrop.
References. 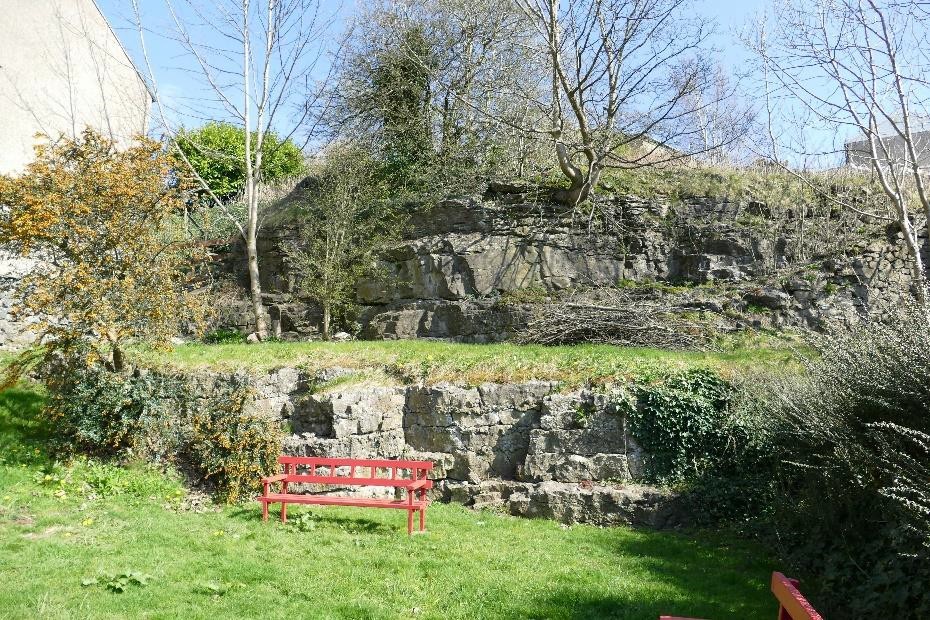 Fig 1 Outcrop of coralliferous, Carboniferous Limestone on the east side of Fairfield Road, Buxton 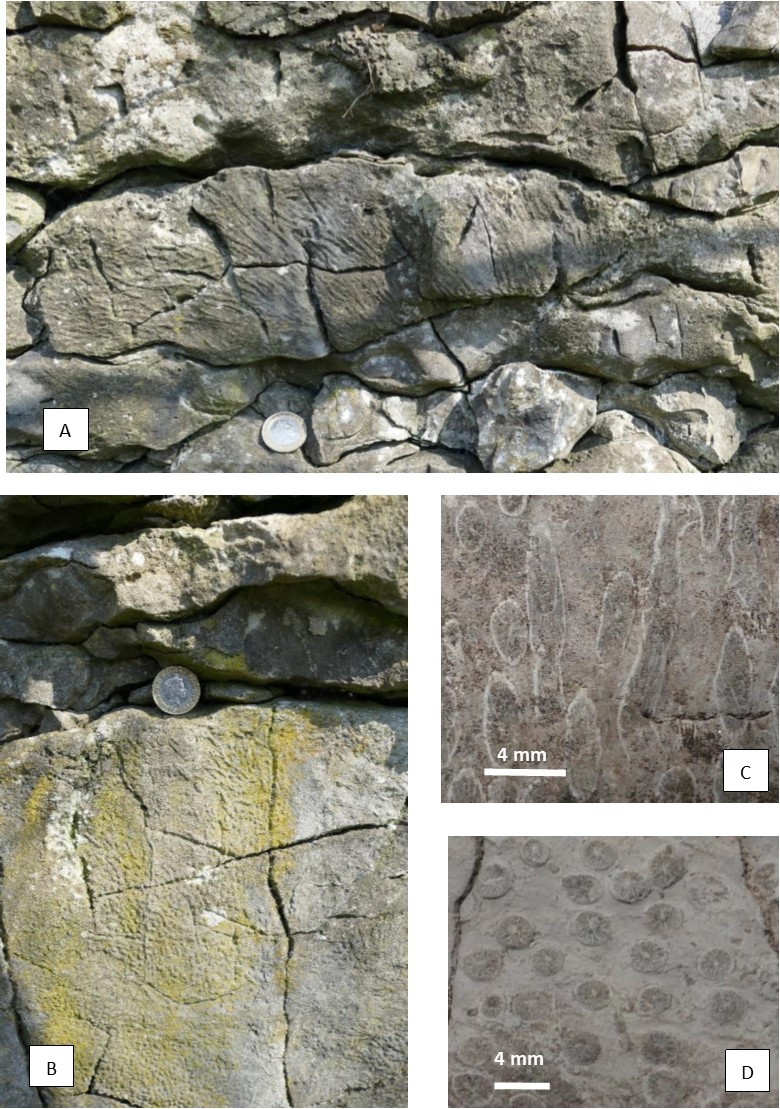 Pete Webb will be talking to us about the History of Ecton Mine on 18th April at 7.30 pm in the Poole's Cavern Visitor Centre. 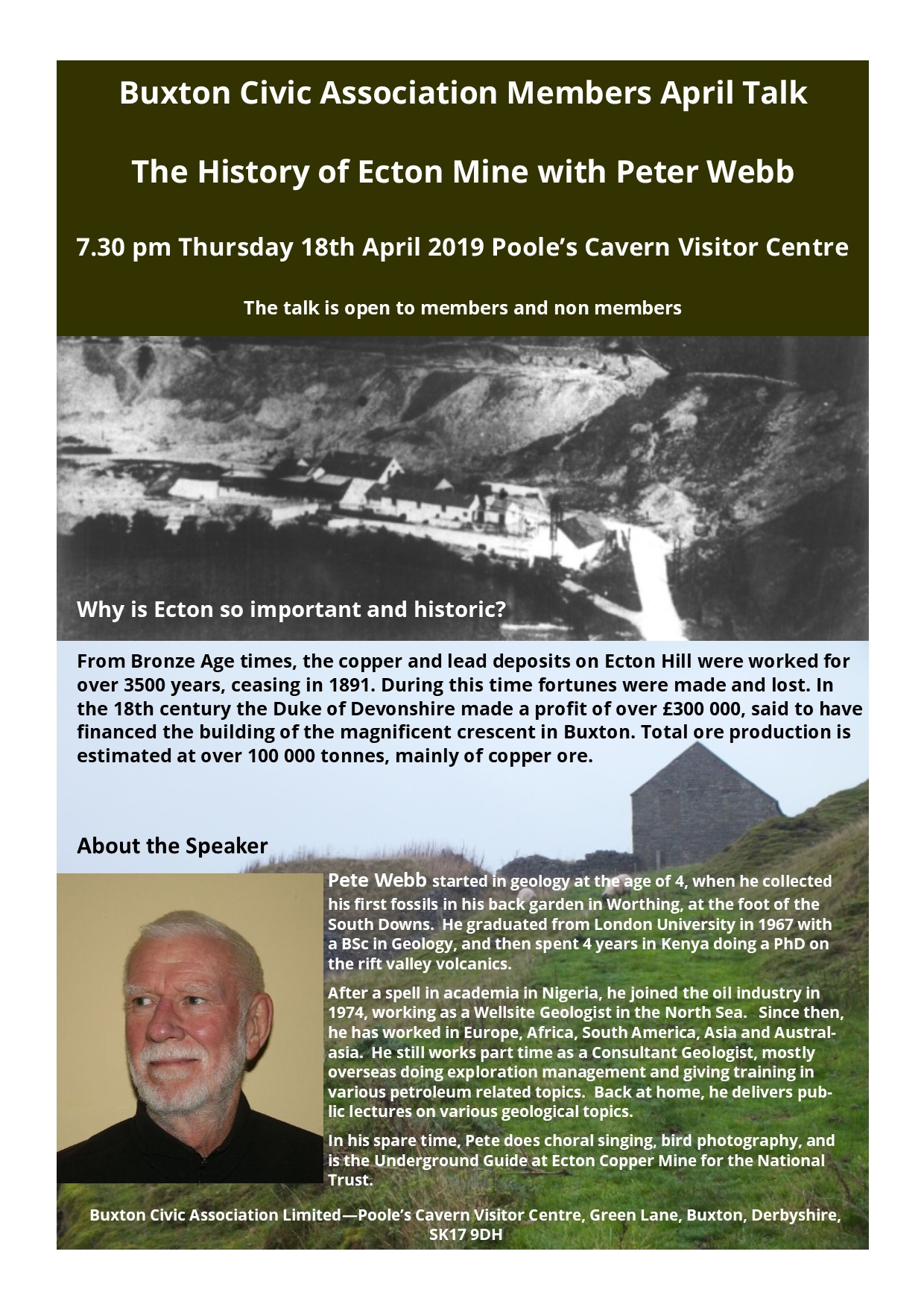