The Birds Nest or A Bit of a Cliff Hanger

On Sunday 24 April, BCA’s Clean Team returned to Lovers’ Leap for the second stage of its on-going project to clear the whole beauty spot of rubbish. This time it had its eyes on the stream bed running through the gorge and what it had nicknamed the ‘bird’s nest’.

On the western wall of the gorge, some 15m from its mouth, there is a cleft. This starts below a ledge at the top of the cliff and finishes on solid rock some 8m below, At this point you are still some 20m above the stream. The cleft itself is full of loose natural debris which has accumulated over time and turned it into a steep unstable slope ending in a precipice. However, above this slope is a perfectly safe rock platform not difficult to reach from Dukes Drive and providing beautiful views of the gorge for those who cherish natural beauty. Unfortunately the location also excites to fever pitch the perverse desires of compulsive rubbish tippers. They just can’t stay away from the place. Over time, they must have disposed of literally tons of rubbish by throwing it from this platform down the slope and over the precipice. However, by no means all of it ended up in the stream below.

Growing out of the base of the cleft are two or three sturdy trees. Much of the refuse finished up in these. First, over time, a tarpaulin, plastic sheeting and bags got entangled in the trees forming a ‘safety net’ for much of the rubbish that followed. This included a large plastic water cistern, a double glazed window, broken bags of sand-cement mix, ropes, carpeting, underlay, bags of tin cans and - yes - yet another tent [see first episode in April 21 Advertiser] . From below the whole assemblage gave the appearance of a giant bird’s nest festooned with rubbish. 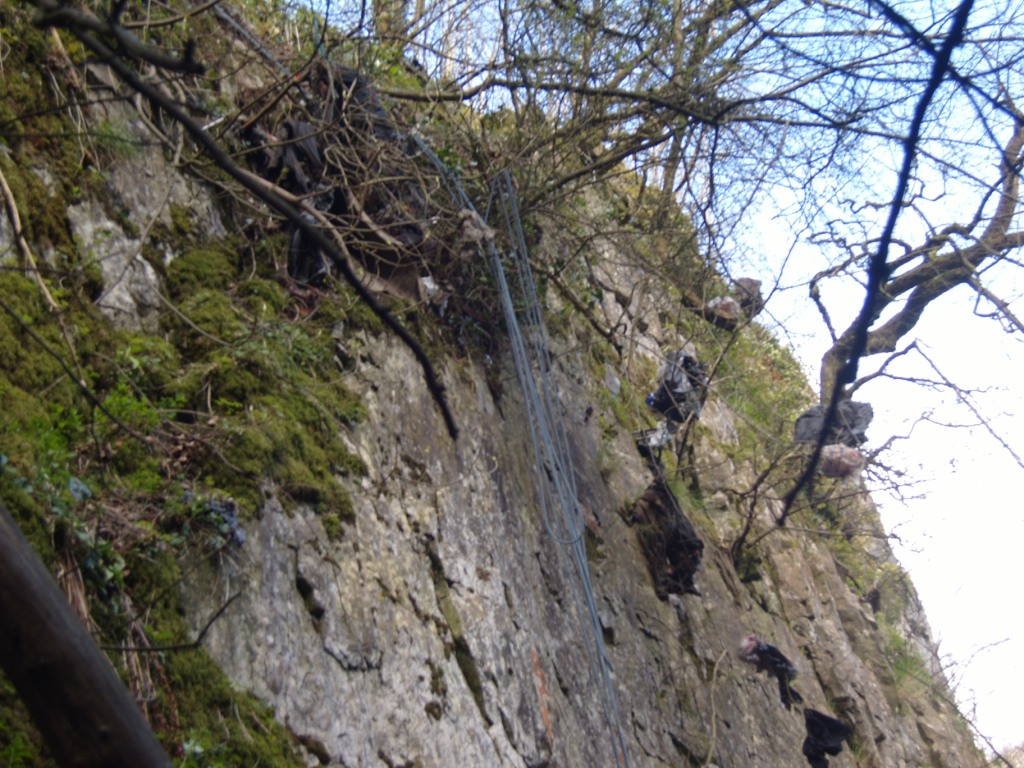 The only way to disentangle the rubbish from the trees was by hand. Someone had to abseil down to them and then tie off so as to be able to use both hands for the job. One Saturday morning in the Café Nero I mentioned the problem to my friend, Simon Hunter, a veteran rock climber and mountaineer. Whew! What a relief! He volunteered for the job straight away!

9 am, two weeks later, I arrived at Lovers Leap to find him already belayed to a stout tree growing above the platform. I watched as he backed down the loose slope and onto the cliff wall. I kept my mind fixed firmly on one of his previous exploits. Once he’d climbed the Piz Badile in the Swiss Alps by the Cassin route. This consists of 200m of relatively easy climbing followed by 800m of vertical or near vertical rock. He’d descended by the same route - 25 abseils, one after the other, on and on into the night. Today’s excursion was just a walk in the park for Simon. Nonetheless, I stayed by the belay. No stranger was going to come near it until Simon had returned to Terra Firma. 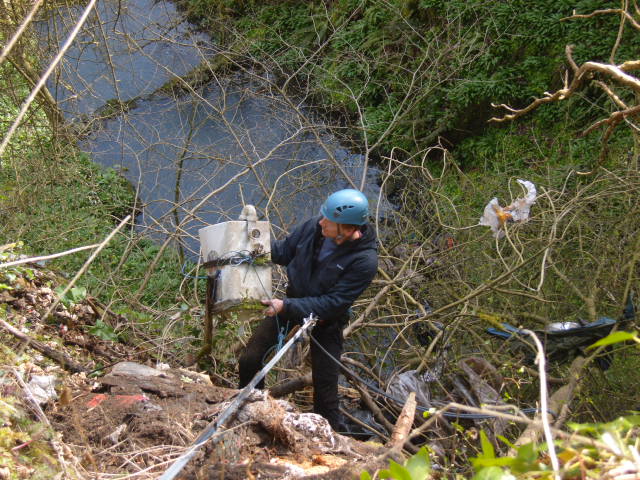 Simon frees the cistern from the clutches of the trees

We stacked the rubbish we’d gathered from the stream bed and cliff face at the gorge entrance. With their usual efficiency, High Peak Street Cleaning collected it the next day. 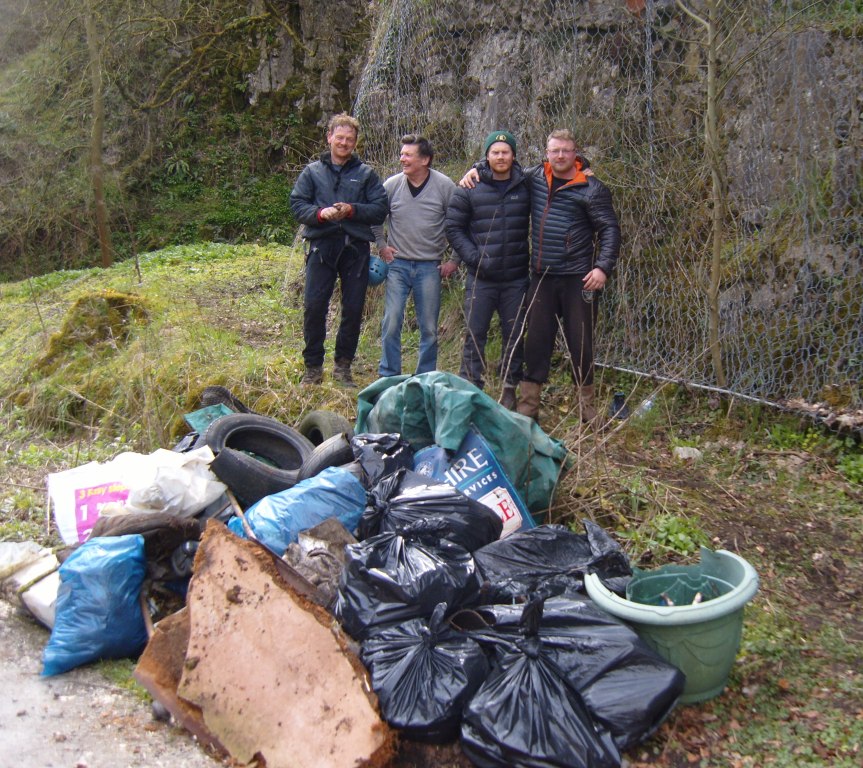 Not quite the whole team. Judith took the photo. 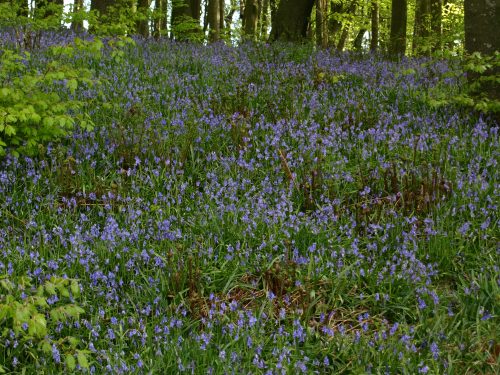 Bluebells carpeting the floor of the wood 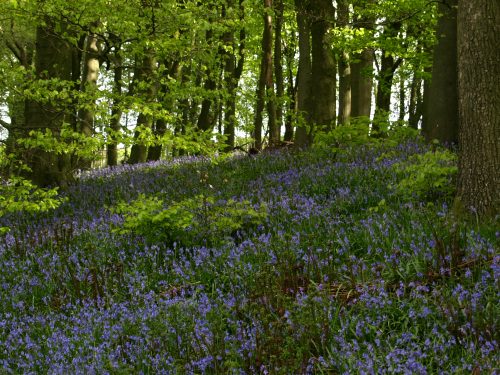 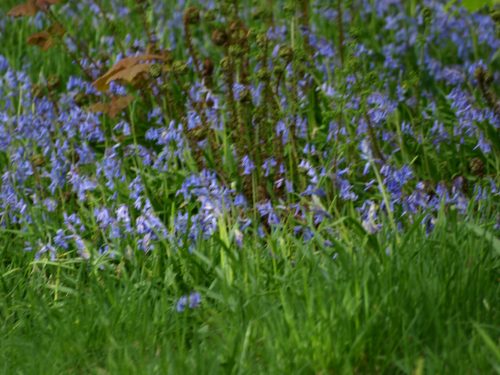 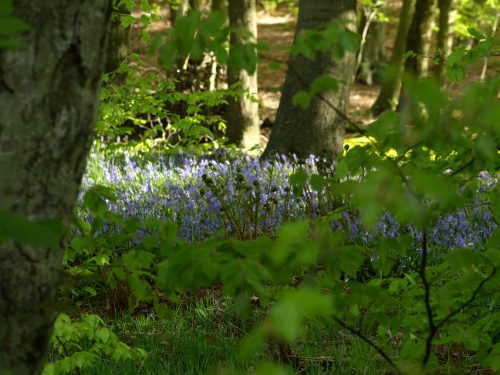 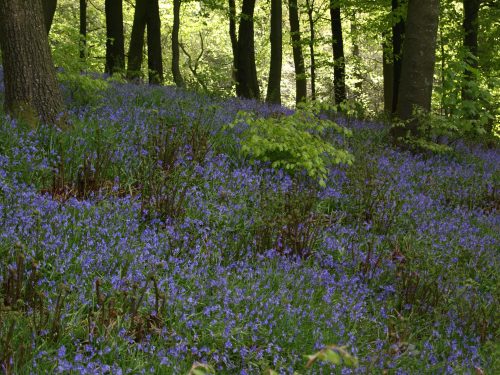 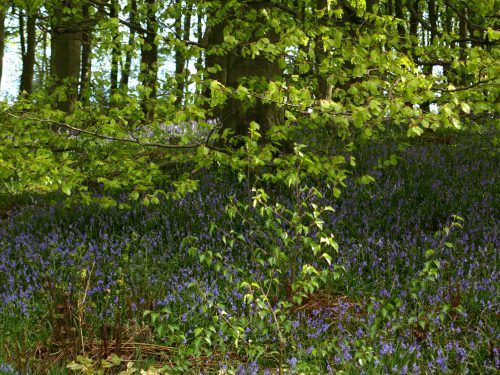 In Category: Cooking from the Past, News & Events

The second in our series of recipes from the past taken from 'The Buxton Recipe Book' published in 1912. 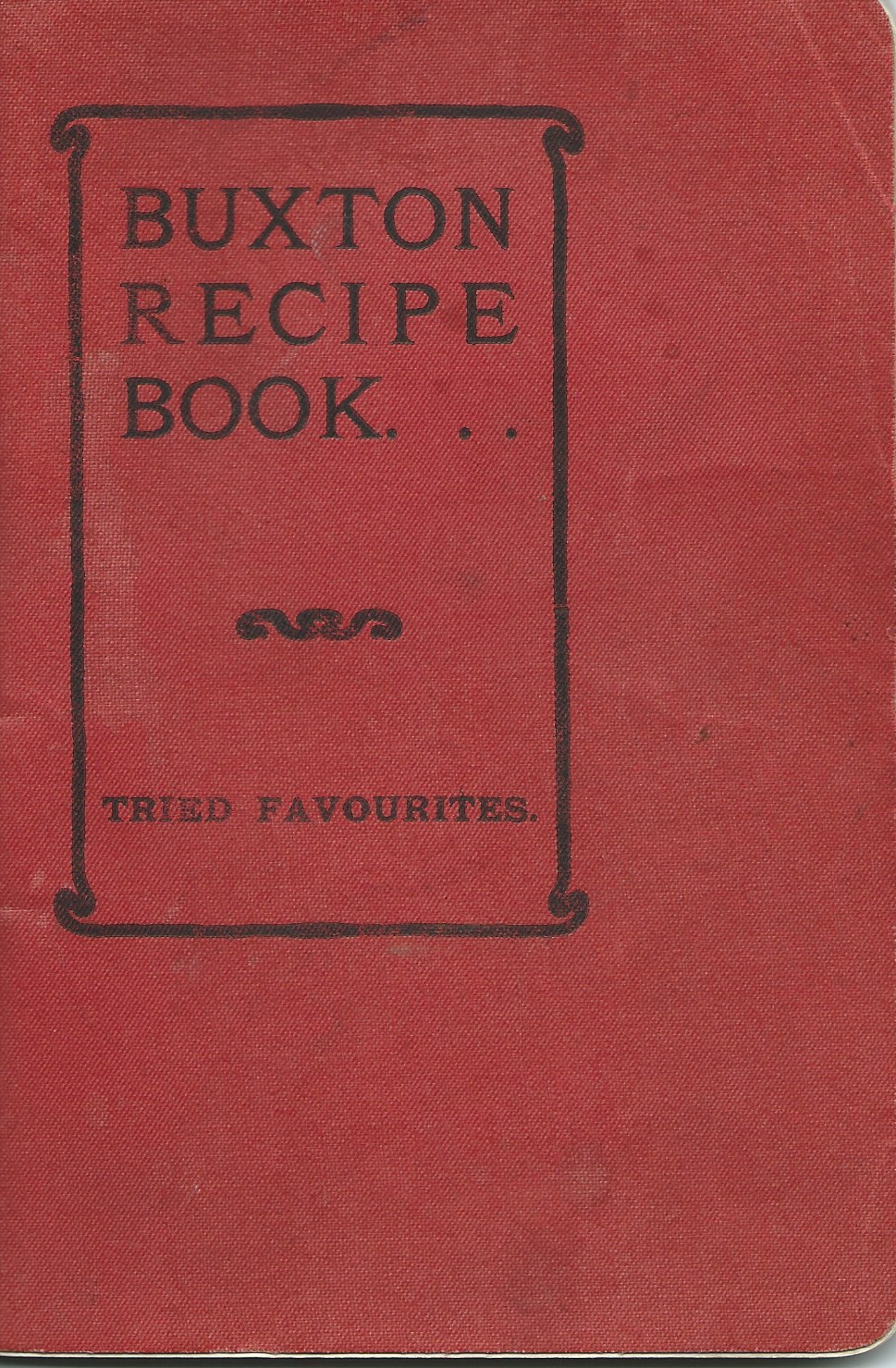 Take a piece of the middle of a cod, boil it (not too much) in salted water and divide into flakes. With ½ pint of the water in which the fish was boiled, make rather a thick white sauce, using 2oz of butter to 1oz of flour with a grate of nutmeg and salt and pepper to taste. Butter and rub with a shallot a dish which will stand the heat of the oven; arrange on it a foundation of mashed potatoes. Make a layer of flakes of cod, mask with the sauce and add a grating of parmesan cheese. Make another layer of fish etc and strew lightly over the whole some w ell-dried bread crumbs. Put the dish in a brisk oven and serve directly the dish is a golden brown.

This reipe was contributed by Mrs Brittain, Melrose, Park Road, Buxton. Make a note in your diary to have a look at the display of snowdrops in the front garden in February.

This contributor must be Vera Brittain’s mother, close to the time her daughter was working at The Dome, formerly the Devonshire Royal Hospital – see Vera’s book, “Testament of Youth”.