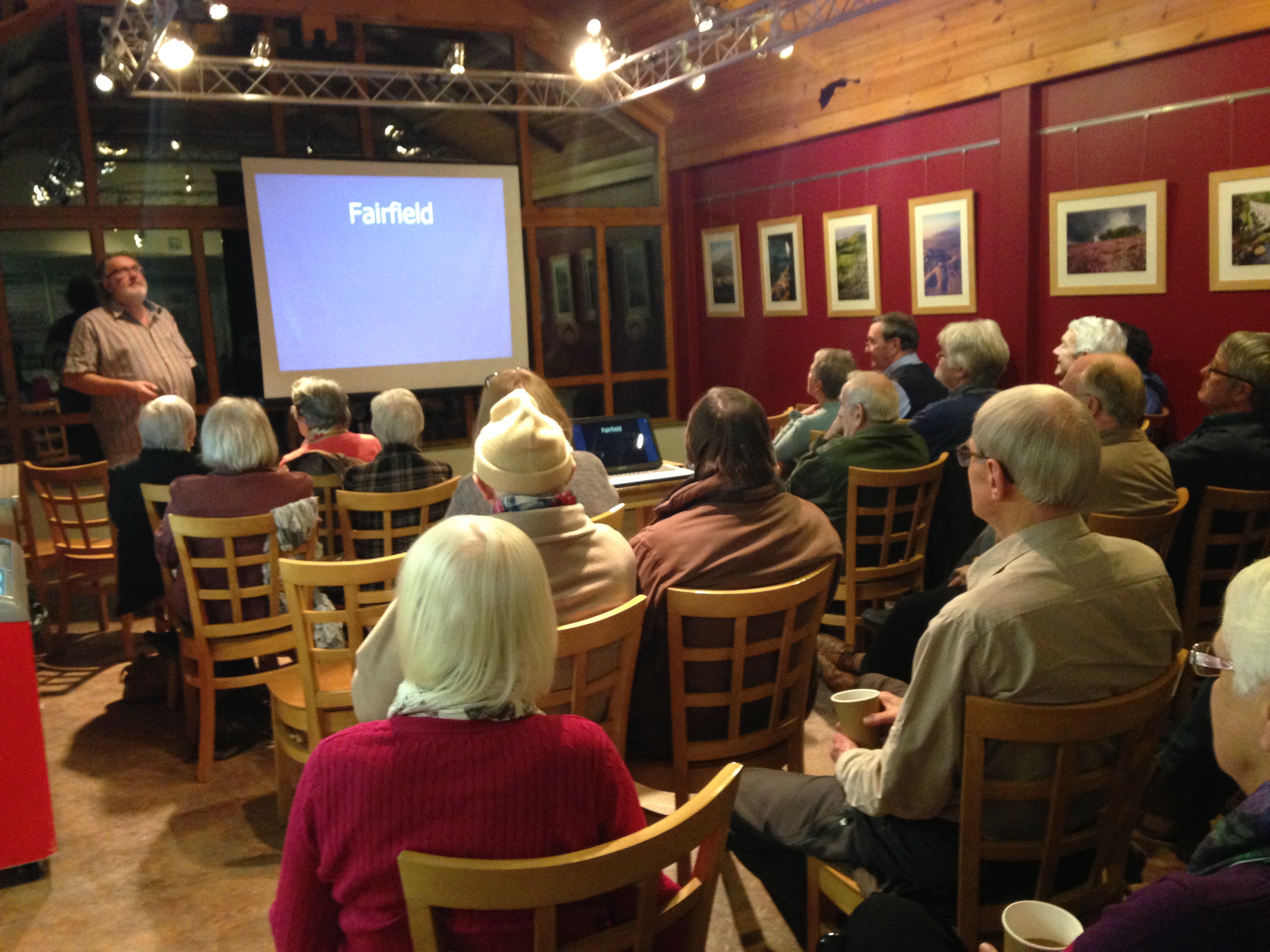 Members of Buxton Civic Association were treated to a fascinating talk on “Old Fairfield” by Chris Simpson, at Poole’s Cavern visitor centre. It is largely forgotten that Fairfield was originally a town in its own right, with a town council and a town hall that can still be seen on Waterswallows Road. The 1831 Census returns recorded a population of 482 which was equal in size to Buxton.

The talk was illustrated with some wonderful original photographs and postcards. Particularly poignant were the pictures of the territorials on exercise on Hindlow in 1910. During the 1914-18 Great War, as well as being a centre for training which included trench building, Canadian troops were stationed at Buxton and underwent training and military exercises in the area. The 1914 -18 war was in part responsible for the decline in the hotel trade, and the major employer for the town became the quarries.
Chris went onto talk about two iconic houses, Pictor Hall which still stands, and the seat of Samuel Swan Brittain, Orient Lodge. Orient lodge has now been demolished but in its day was probably the largest house in the immediate locality. Samuel Brittain whose fortune was made in quarries, lost it all when his investment in a large consignment of tea was sunk in a shipping accident in the 1850’s. The house fell into decline and eventually was taken over by the Binghams before being demolished.

Fairfield was also famous for the quality of its horse breeding, being particularly well known for the quality of its hunters. There was a race course on the common with a Grandstand and an annual programme of horse racing which it was hoped would rival Cheltenham. The races were attended by people from as far afield as Ireland. A painting by Harry Kingsley entitled Fairfield Race course Derbyshire 1825 showing the course and the Grandstand can be seen in the Buxton Museum. It was decided to put an end to the racing after a mass riot and fight broke out in 1830. The race course was abandoned and the grandstand pulled down, and the wooden beams reused to form part of the Methodist Church on the market.