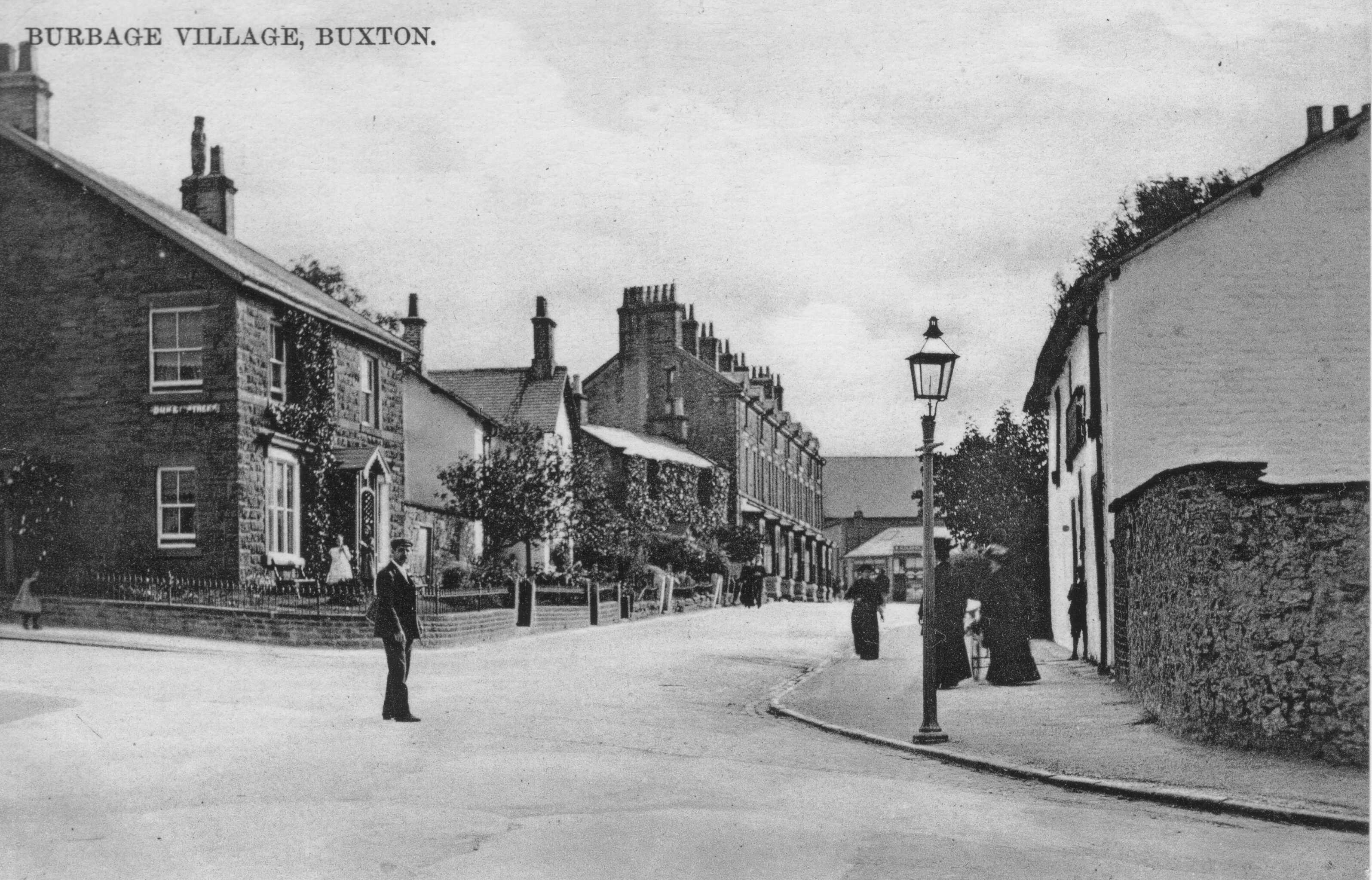 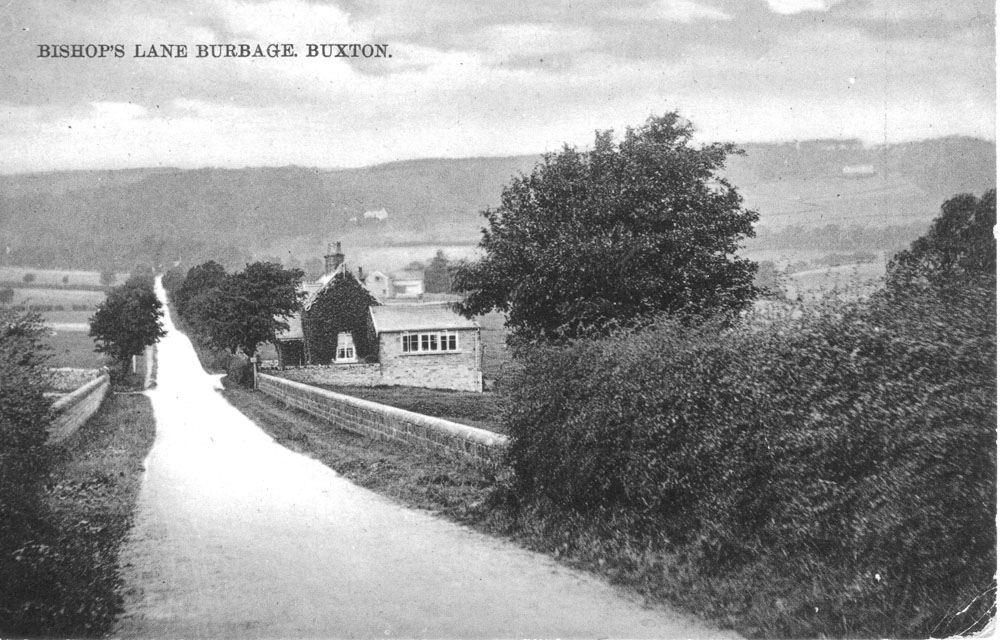 Burbage is situated on the western side of Buxton, where the main roads from Macclesfield and Leek approach the town. At the centre of the village, the church, the "Duke" public house, the village shop, a bowling green, Burbage Band's band hut and the Burbage Institute are clustered together within a few yards of one another. The village school was formerly located in this area before moving to new premises in the 1960s.

To the west of Burbage , the ground rises sharply to Burbage Edge, crossed by numerous ancient trails leading to the Goyt valley and on into Cheshire. Two coal seams in this area led to the development of the coal mines of Buxton which, though small by national standards, played an important part in providing fuel for prestige buildings such as the Crescent and Buxton Hall and to the development of the local lime burning industry; this locally produced lime played an essential role in the improvement of large areas for agricultural purposes.

Burbage Edge leads on to Axe Edge, to the south, and this high ground is the source of the Derbyshire Wye which flows through Burbage and Buxton on to Ashford and Bakewell to join the Derwent at Rowsley. The earliest land to be cultivated on a larger scale was on the slopes leading up to Burbage Edge where an area of land was enclosed from the rough moorland, probably in the 16th century.

As the population of Buxton grew in the 1950s and subsequently, residential developments led to a steady increase in the built up area of Burbage which now merges with Buxton itself. However, the area still retains its distinctive character. 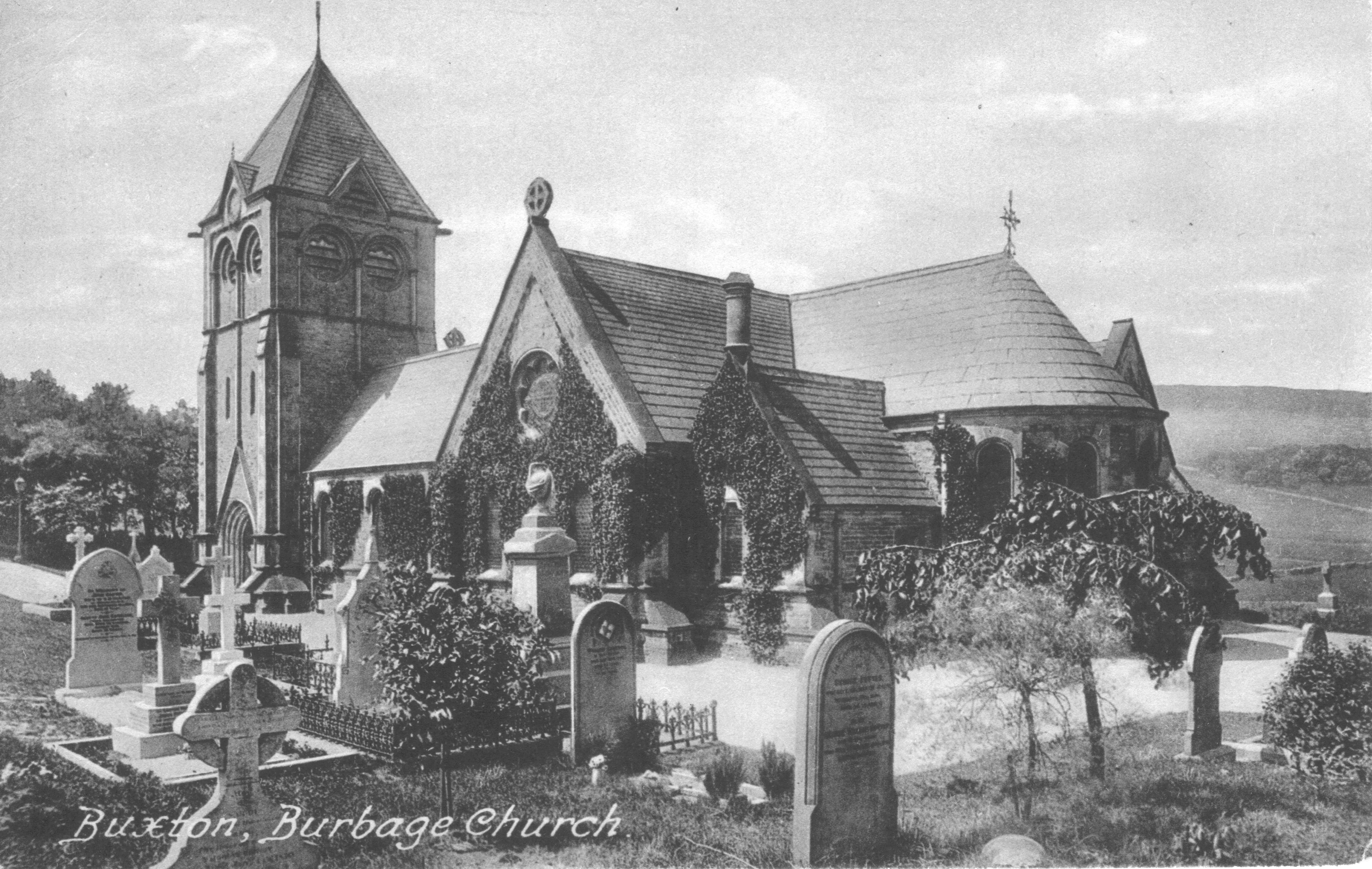 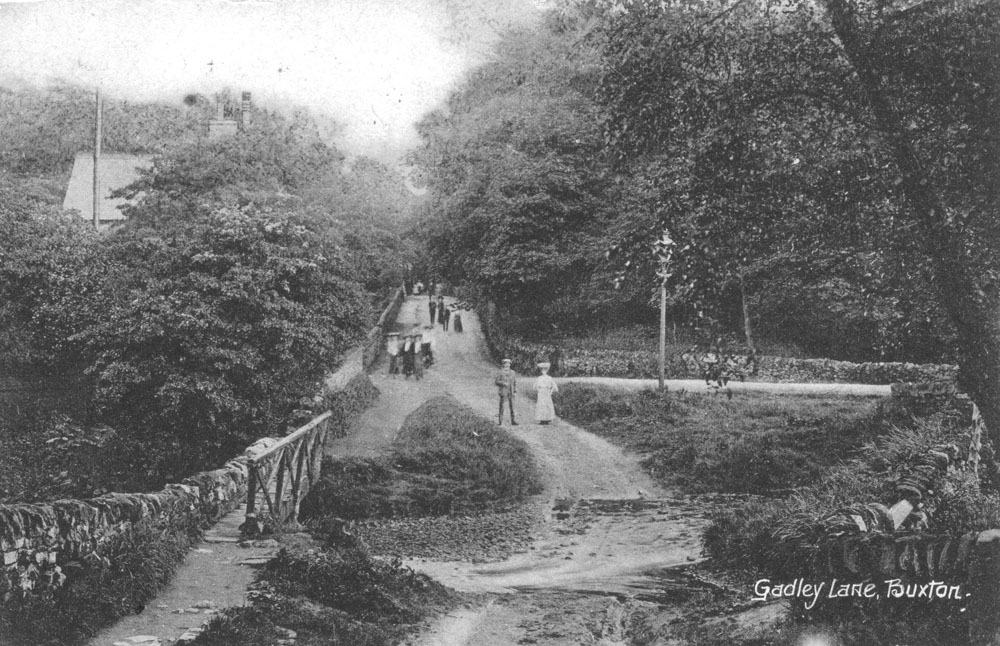 According to the book "Place Names in the Landscape" the place name "Burbage" is of Saxon origin with "Burh" referring to a fort and the "bage" referring either to a ridge or to a stream. Since Burbage is close to the high ridge known as Burbage Edge and has the river Wye running through it, either description fits.

Likewise, on the eastern side of the Peak District, on the high ground above Grindleford, we find Burbage Moor, Burbage Rocks and Burbage Brook which runs down Padley Gorge into Grindleford to join the Derwent.

A further link between these two Burbage locations is their position as entry points into the White Peak area. In 1759, two Turnpike roads were created linking to Buxton -from the Cheshire plain on the west and South Yorkshire on the east, each of them following long established packhorse routes. The Macclesfield to Buxton Turnpike crossed Burbage Ridge and descended into the Wye valley through Burbage while the Sheffield to Buxton Turnpike came across Ringinglow and Burbage Moor before descending to Hathersage.

In the early 900s, the Saxons were advancing against the Danes to extend the area under Saxon control. Derby was taken by the Saxons in 917 and Nottingham in 918. To improve their control over the Peak District, a burh was built at Bakewell in 920, as recorded in the Anglo -Saxon Chronicles. The location of this burh has not been confirmed by archaeological evidence but, based on place name evidence, Trevor Brighton in "Bakewell, the ancient capital of the Peak" suggests the area known as Burton , a short distance from the town of Bakewell which developed as a key Saxon location over the next few years. A burh was also constructed in Manchester in 919.

From the recorded pattern of Saxon burhs, it seems possible that Burbage was an intermediate smaller unrecorded burh on the key route from Derby to Manchester via Bakewell, with the eastern Burbage also on an important strategic link up the Derwent valley to South Yorkshire. Each of these Burbage locations has high ground from which a beacon fire warning of invading Danes could have been seen at Burton Moor on the high ground above Bakewell.

So, perhaps Burbage was a lonely isolated frontier outpost helping to keep marauding Danes away from Saxon England .... who knows?

Can you contribute? We want to add more to our Burbage section.